In the form of a cryptocurrency, Lionel Messi will receive a part of his salary from his agreement with Paris Saint-Germain.

According to a telegram from Reuters, which was later confirmed by the French club, a significant part of the signing bonus will be paid to the 34-year-old Argentine ace in the form of fan tokens, which is a kind of cryptocurrency, which allows friends of the team to have right to vote for certain – minor – decisions of the association.

As with all cryptocurrencies, fan tokens are tradable and exchangeable through special platforms. Each such “brand” went on sale on Tuesday (10/8), the day the Paris-Messi deal was finalized, for more than $ 60, while today it is trading at around $ 40.

According to Paris Saint-Germain, in recent days the turnover in the sales of “$ PSG Fan Tokens” has exceeded 1.2 billion dollars. 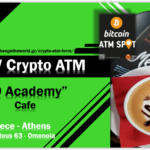