Home
Altcoins
Cryptocurrencies are under control. The focus is on the operation of exchanges
Posted on Tuesday September 21st, 2021Sunday September 19th, 2021by adminPosted in Altcoins, Bitcoin, Events
00

Investor protection is a priority for the new SEC president

In his first major digital money interview, the new chairman of the US Securities and Exchange Commission (SEC), Gary Gensler, hinted that he would not take a lax approach to regulating cryptocurrencies, although he has taught about them at MIT.

Policymakers around the world are in the process of finding a way to regulate the $ 1.6 trillion cryptocurrency market, which has seen huge growth and fluctuations.
Mr Gary Gensler is in favor of a robust regulatory framework based on securing pads for the millions of investors who have filled their portfolios with cryptocurrencies.
As he told Bloomberg, although he is technology-neutral, he is not neutral in protecting investors.

“If anyone wants to speculate, this is their choice, but our role as a state is to protect investors from fraud,” said Gary Gensler.

Mr Gary Gensler has called on Congress to pass legislation that would give the service jurisdiction to oversee cryptocurrency exchanges, but said the SEC’s powers were already quite extensive.
There has been a lot of discussion in recent years about what kind of digital assets fall under the jurisdiction of the SEC.
Some like bitcoin, which function as currencies, are considered commodities, not securities.
But there are still thousands of currencies, which Gensler says are essentially unregistered securities that must comply with SEC rules.
Gary Gensler did not give a timeline for the SEC’s actions.
He said he has a list of things to do that includes 49 non-cryptocurrency checks that could delay progress on regulating the cryptocurrency market.
These include “hot” issues that take a long time, such as the response to micro-investor GameStop-like stock trading and the collapse of Archegos.
The SEC is also working to enforce new rules that will require companies to disclose emissions.
Mr Gary Gensler did not comment on whether an ETF on bitcoin should be approved, a decision many cryptocurrency advocates have been waiting for.
So far, the SEC has not given the “green light” for the creation of such funds, citing concerns about the risk of fraud and manipulation of the bitcoin market.
He said setting up cryptocurrency exchanges was the easiest way for the government to quickly gain control of cryptocurrency trading.
But he added that he was worried about peer-to-peer lending on so-called decentralized or DeFi platforms. 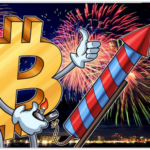