The Central Bank of Turkey is not planning a ban on cryptocurrencies but stricter control … and a custodian bank.

Following the collapse of the two Turkish cryptocurrencies, Thodex and Vebitcoin, the central bank plans to set up a bank to act as the custodian of cryptocurrencies, in order to avoid a recurrence of such phenomena.

The Ministry of Finance, the Hellenic Capital Market Commission, the Central Bank and the Financial Crimes Service are involved in planning the actions against the cryptocurrency space in Turkey.

In addition to setting up a central custodian bank, Turkish authorities are considering imposing a minimum capital requirement for cryptocurrency exchanges, a move that will create many problems for the country’s existing exchanges and possibly lead to the suspension of several that’s all. It is also discussed that the existence of relevant training certificates is a necessary condition for the executives of the exchanges.

In addition, the governor of the Turkish Central Bank, Sahap Kavcioglu, confirmed last week in an interview with local broadcasters that the country’s Ministry of Finance is working to establish broader regulations on cryptocurrencies. He added that the bank does not intend to ban cryptocurrencies. However, the central bank recently banned the use of cryptocurrencies as a means of payment.

The only remark one has to make when talking about a custodian bank is this: When one does not hold the keys to one’s wallet, one holds virtually nothing. Turkish users of cryptocurrencies must be very careful and especially very cautious. 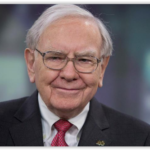