New research from one of the top 10 major banks in Russia, Otkritie Bank, has found that 14% of Russians think crypto will replace fiat in 10 years.

According to Russian publication Nord News, the survey was conducted between April 12 and April 16, with a sample base of 1,000 Russians aged between 18 and 65 who live in cities with a population of over 100,000.

The results varied among regions, with respondents from the Northwest having the least faith in crypto — just 8% believe crypto will oust fiat in a decade, while 34% adamantly refuse to believe that crypto could replace fiat currencies for any use case.

But in Moscow, there appears to be more optimism toward crypto, with 21% of respondents believing that cash will be replaced by crypto and digital currency in the next decade. Furthermore, four out of 10 believe banks will transform themselves into “digital ecosystems” in the future.

The Bank of Russia has announced the central bank digital currency will then go into pilot trials in 2022. A previous study conducted by Otkritie in January found that 47% of Russian residents are already willing to use the Digital Ruble.

However, the latest poll also found that many Russians are pessimistic about the move to digital finance, with 39% convinced that it is impossible to give up cash because many other countries won’t be able to operate without it. It was also found that 46% of respondents believe that people should have the opportunity to choose if they use crypto or cash.

Some feel Russia’s regulations are holding crypto back from being more widely embraced. Earlier this month, a group of Russian lobbyists led by law firm Digital Rights Center launched the “Public initiative of the crypto community in Russia” campaign.

According to the lobby group, Russia’s existing laws such as the prohibition of using crypto as a form of payment and issuing three-year jail terms for failure to report one’s holdings slow down “the development of the distributed finance market.”

It appears that Russian investors are doing their due diligence in regards to taxation, however, with Cointelegraph reporting a significant rise of Russians declaring their crypto incomes over the past several months. 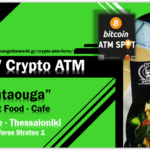