Home
Altcoins
Luxemburg will become a center for the development of blockchain and cryptocurrencies
Posted on Wednesday June 2nd, 2021Monday May 31st, 2021by adminPosted in Altcoins, Bitcoin, Multimedia
00

Luxembourg will cultivate the conditions for the development and establishment of a blockchain network for cryptocurrencies, as the authorities consider it to be a promising industry.
According to Luxembourg Prime Minister Xavier Bettel, the government will continue to “pave the way” for the development of innovative technologies, with the hope that the country will become a leader in digital currencies.
In fact, Bettel joked that he could create his own collection (NFT) to “make a lot of money in a very short time.”

Bettel has been Prime Minister of Luxembourg since 2013.

He is not a technician or programmer, but he is convinced that blockchain can simplify people’s lives.

According to occasionally stated by Luxembourg officials, digital currencies are considered intangible assets.
Therefore they should not be subject to tax until they get to the point of exchanging fiat money.
In 2019, the Luxembourg government approved a bill regulating the use of the blockchain in transactions. 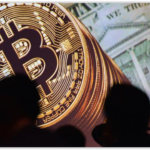