The results of the public consultation on the planned “digital euro” were announced by the European Central Bank, which show that citizens and professionals prioritize the secrecy of transactions.

The ECB will take into account the results of the consultation in its decision in mid-2021 on the formal launch of the initiative leading to the new digital currency.

China recently unveiled the digital version of the yuan, and plans to introduce digital currencies are being considered in Sweden and Japan. Unlike cryptocurrencies such as bitcoin, which are not controlled by banks or other central institutions, the digital euro will be issued by the ECB.

The consultation started on 12 October 2020 and ended on 12 January. More than 8,200 comments were submitted, 94% of which came from individuals and the rest from professionals such as banks, payment system providers, merchants and technology companies.

43% of citizens surveyed said that what they want most from the digital euro is privacy, while other key features are security (18%), the ability to pay across the Eurozone (11%), absence of additional costs (9%) and the possibility of using it offline (8%).

“The digital euro can only succeed if it meets the needs of Europeans,” said ECB Executive Board member Fabio Panetta. “We will do our best to ensure that the digital euro meets the expectations of the citizens recorded in the public consultation,” he promised.

Confidentiality is considered the most important feature both by the general public and by professionals, especially traders and other companies. However, both groups support the demand to avoid the use of the digital euro for illegal activities, with less than one in ten citizens responding in favor of complete anonymity.

About a quarter of the reports say that the digital euro should make cross-border payments faster and cheaper, but also be used outside the Eurozone, albeit with restrictions.

More than two in three consultants acknowledge the importance of providing innovative services by financial intermediaries and believe that this should be integrated into existing banking and payment systems. 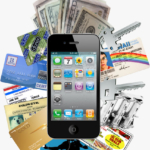 Virtual currencies and digital wallets: These are two terms that…