The price of bitcoin could reach $ 1 million

The reasons why analysts “see” bitcoin at $ 1 million will soon be mentioned by coindesk.com columnist Nik Bhatia.

By the end of the previous mega-bull market in 2017 most people had learned about bitcoin.
However, when Tesla invested $ 1.5 billion, those who considered bitcoin… fashion simply denied it, proving that they were inadequately informed.
Tesla’s investment and its announcement of a gradual replacement of cash supports something even more dramatic.
These sudden inflows in demand, including recent purchases fueled by MicroStrategy bond issues, are affecting the price of bitcoin.
I think we will see the price of bitcoin rise above $ 1 million much sooner than most people expect.

$ 50,000 per coin may seem like a lot, but it represents a market with a market capitalization of $ 1 trillion and hundreds of trillions of dollars being diverted to other assets.
For example, if the bitcoin market capitalizes on the US government bond market, the price of the cryptocurrency will reach $ 1.5 million.
So given the breadth of the horizon, bitcoin could potentially reach $ 1 million right away – given the rate at which cryptocurrencies are being adopted by industry.

The mathematics of demand

The mathematics of demand leads to impressive numbers.
In particular, demand for bitcoin reached $ 3.5 billion from Tesla and Microstrategy alone, which pushed up the price of the digital asset.
During the weeks that Saylor (Microstrategy) and Musk (Tesla) were buying bitcoin worth at least $ 1 billion, its price has risen by several thousand dollars.
We know that all price movements during these weeks can not be attributed solely to the aforementioned technology giants.
Analysts estimate that a $ 1 billion bitcoin market resulted in an increase of at least $ 25 billion in market capitalization – or about $ 1,300 per bitcoin.
As a result, $ 3.5 billion in purchases by MicroStrategy and Tesla over the past three months have boosted the price of bitcoin by $ 5,000, up from a total of $ 30,000 over the same period.

The price of Bitcoin is a minefield

A $ 3.5 billion purchase caused a $ 30,000 burst.
Imagine what a $ 10 billion purchase from Apple could do, as whispered.
True, what would happen in the case of chain reactions, with a $ 100 billion purchase of bitcoin from the Central Bank of Japan.
Finally, imagine investors flocking to stay out of the rally (FOMO).
A $ 20 trillion purchase does not seem unlikely – quite the opposite. 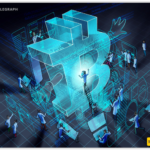 Bitcoin price faces strong resistance at $9,000 but if the…