The world’s second-largest cryptocurrency by capitalization, Ethereum (ETH), has caused a stir in the market this year.

However, Ethereum founder Vitalik Buterin is extremely bullish about the future of cryptocurrency, especially after the recent upgrade of London hardfork and the implementation of EIP-1559.

During his interview, Buterin said he expects the ETH price to increase tenfold.

That means Ethereum (ETH) will have a staggering $ 3 trillion valuation, making it the largest of all the Big Tech companies in the world.

The “against” with Cardano

The Cardano (ADA) price hit a record high of $ 2.54 per currency (+ 17%) on Friday, August 19, with investors awaiting the planned upgrade of Alonzo – a move that will allow the integration of smart contracts and thus address what network critics have described as one of the network’s most obvious shortcomings.

The improvement could dethrone Ethereum, which is now the leader among blockchains, thanks to the fact that it enables smart contract operations.

It is recalled that Cardano is expected to be upgraded in late September – early October.

Initially, Ada’s uptrend rallied, to a large extent, a similar boom in the cryptocurrency market to its rival Ethereum, which also made a significant upgrade.

However, Cardano’s token began to outperform, and volatility in Bitcoin increased after the publication of the US Federal Reserve’s minutes. 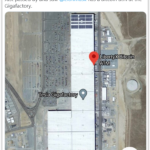 Tesla gets progressive with Bitcoin ATMs at factories, claims report