Many liken the world of cryptocurrencies to the Wild West, as it is a world outside of laws and regulations, despite the fact that it is beginning to acquire significant economic importance. It seems, however, that the “sheriffs” of the monetary and state authorities have decided to intervene by setting rules and restrictions in the world of cryptocurrencies, but also by issuing their own official digital currencies.

There are currently about 10,000 cryptocurrencies, the total value of which is estimated at 1.1 trillion. dollars. In mid-May the value was 2.5 trillion. dollars, which means that within two months their value fell by more than 50%. The largest cryptocurrency, bitcoin, from $ 60,000 in mid-May, fell below $ 30,000 last week. The fall is big, but even bigger was the rise that preceded. At a time like this last year, the total value of all cryptocurrencies was $ 285 billion, while bitcoin was just under $ 10,000. In other words, the values ​​are now three or four times higher than a year ago, even after the 50% drop in two months.

These big ups and downs cause, of course, a speculative interest which is not bent by the warnings of many economists that cryptocurrencies are “bubbles”, without the slightest intrinsic value, which will sooner or later fall and one may even lose the total of his money. There is also the fanatical evangelists of cryptocurrencies who announce that this is the new technology of money, which will occupy more and more of the financial transactions, as it is the future.

On the part of the latter, fears are expressed on various levels. From the fact that by definition cryptocurrencies are suitable for shady transactions, such as the trafficking and laundering of money, to the risk that their instability poses to the financial system. And of course, there is often talk of the large amounts of electricity consumed by supercomputers used to “extract” bitcoin. Bitcoin transactions are recorded and certified in an open accounting “book” (the so-called blockchain) maintained by a network of independent computers, who are rewarded for their contribution with new bitcoins.

The “mining” of bitcoin is blamed for high electricity consumption, while the relevant label was made public by US Treasury Secretary Janet Glenn, who is critical of cryptocurrencies.

The fact is that the huge rise in cryptocurrencies is essentially creating an alternative monetary system that today may be insignificant in relation to the size of the dominant currencies, but in a short time the reality will be different. And apparently the official authorities are intervening.

On the one hand, all major central banks have announced the creation of official digital currencies. More advanced is China, which already uses the digital yuan experimentally in some of its provinces. In fact, China is the biggest enemy of cryptocurrencies, as it has imposed bans on their use and “mining”. The official reason is the security of transactions and the interests of citizens, but it is clear that the Chinese authorities do not want to lose control of the currency, nor have competitors in the digital yuan.

Some may view cryptocurrencies and digital money as an “experiment” or “game”, but they are very important and have geopolitical dimensions. It is indicative that at the meeting of the finance ministers of the 7 most developed countries (G7) it was pointed out that China’s pioneering in digital currency may threaten the current international monetary system based on the dollar.

The importance of digital money, after all, had been pointed out by the French Minister of Finance as early as 2019, describing the digital currency libra, which was then announced by Facebook, as a threat to the monetary sovereignty of states.
But Janet Glenn just last week announced the creation of an institutional framework and regulations for cryptocurrencies and the entire trading system that has been built next to them.

The US Treasury Department has announced that it is considering measures for stablecoins, which are digital currencies linked to the dollar and used as an intermediary currency for cryptocurrency transactions. There was even talk of the risks that the latter have for consumers, the financial system, but also national security. News of the upcoming regulations has put pressure on the price of cryptocurrencies, but many market analysts have taken the creation of a regulatory framework as a positive development, as it essentially means their acceptance. 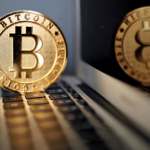