Bitcoin plunged below $ 40,000 today in a three-and-a-half-month low, dragging down other digital currencies following new restrictions by China on cryptocurrency trading.

Bitcoin, the largest and most well-known cryptocurrency, was already under pressure from a series of Twitter posts by Tesla CEO Elon Musk, but news from China brought it to $ 38,514, down 9%. Recently, its price reached $ 40,157, down 6.4%.

Bitcoin movements also hit other cryptocurrencies, with ether falling 15% to $ 2,875.36.

The fall in cryptocurrencies was triggered last week by Elon Mask posting that Tesla would no longer accept bitcoin as a means of payment. 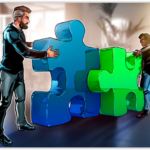