Walmart appears to be entering the metaverse with plans to create its own cryptocurrency and collection of non-exchangeable tokens (NFTs).

According to CNBC, the large retail chain filed several new brands late last month, a move that indicates its intention to manufacture and sell virtual goods such as electronics, home decor, toys, sportswear and personal care products. Walmart even said that it will offer users a virtual currency, as well as NFT.

According to the US Patent and Trademark Office, Walmart filed the application on December 30. In total, seven separate applications have been submitted.

“Walmart is extremely strong in its moves,” said Josh Gerben, a trademark lawyer. “There seems to be a lot of planning going on behind the scenes on how to deal with cryptocurrencies, how to deal with the post-universe and the virtual world that seems to be coming or that is already here.”

According to Gerben, since Facebook announced that it was changing its company name to Meta, signaling its ambitions beyond social media, businesses are rushing to figure out how to fit into this virtual world.

Nike filed a series of trademark applications in early November, based on its plans to sell branded sneakers and clothing. Later that month, the company announced that it was working with Roblox to create an online world called Nikeland. In December, he bought the virtual sneaker company RTFKT (pronounced “artifact”) for an unknown amount. “Suddenly, everyone started saying, ‘This is becoming a reality,'” Gerben added.

Gap also started selling NFTs from its iconic sweatshirts with its logos. The garment maker said its NFTs will be available in levels ranging from about $ 8.30 to $ 415 and will be accompanied by a natural sweatshirt.

Meanwhile, Under Armor and Adidas NFTs, which debuted last month, sold out immediately. They are now catching high prices in the NFT OpenSea market.

The circulation of NFTs will allow companies to tokenize physical products and services, to help reduce the cost of online transactions. For luxury brands such as Gucci and Louis Vuitton, NFTs can serve as a form of authentication for tangible and more expensive goods.

Gerben pointed out that the more consumers become familiar with the meta-universe and the objects stored in the blockchain, the more retailers will want to create their own ecosystem around it. 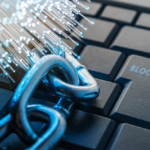 A few years ago, with digital currencies hitting record highs,…