Home
Altcoins
The businessman who wants to get a wedge into Elon Musk and Jeff Bezos
Posted on Friday March 18th, 2022Monday March 14th, 2022by adminPosted in Altcoins, Bitcoin, Multimedia
00

Elon Musk and Jeff Bezos have been at the top of the informal race for the title of the richest man in the world for several months now.

But as the two fight, Changpeng Zhao is increasingly gnawing at the distance from the 1st place, while he has already left behind the billionaires of the technology sector.

The 44-year-old “CZ”, as he is otherwise known, is the founder and CEO of the Binance cryptocurrency exchange, which is one step closer to entering the promising and rich market of the United Arab Emirates.

The net worth of the Canadian (Chinese-born) businessman is estimated at $ 96 billion, according to the Bloomberg Billionaires Index, which decided for the first time to calculate CZ’s money.

The $ 96 billion automatically makes him richer than Asia’s No. 1 billionaire Mukesh Ambani, but also the founders of Facebook and Google.

Zhao’s fortune could be even higher, as Bloomberg’s estimate does not take into account his personal investments in crypto, including Bitcoin and Binance Coin, which in 2021 showed a rise of 1,300%.

Binance’s success reflects, according to many, the enormous wealth generated by cryptocurrencies, which, however, increasingly increases the need for alignment with regulators worldwide.

CZ’s company is already in the eye of several supervisors in both the US and Europe, while in China it has been “exiled” until recently.

For many, therefore, Binance’s future depends on whether and when it can reconcile with regulators around the world in order to find a welcoming place to settle.

Until then, of course, as it seems, it will continue to generate… profits. Last year alone, for example, annual revenue reached $ 20 billion, three times what Wall Street analysts estimate. 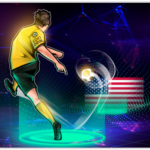