A multimillion-dollar Bitcoin wallet has just come out of its slumber. For some reason, the wallet has not traded for years despite the fact that it has money that “changes your life”.

The wallet had not been used since 2013, just a few years after the disappearance of the mysterious creator of Bitcoin, Satoshi Nakamoto. The wallet currently contains $ 15 million worth of BTC and it is not clear who owns it or why it was reactivated on Tuesday.

The Bitcoin community is full of speculation about who owns the wallet and why it just came out of its slumber. Some believe it could be a whale – an individual or group with a lot of Bitcoin – that is going to make a move that will “shake” the market. 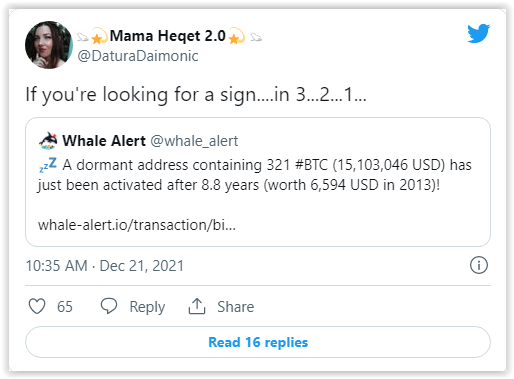 A Twitter user suggested several reasons for activating the wallet in a thread. There are many possibilities, from Satoshi Nakamoto who decided to return (hard to have so few!), To a patient investor who is preparing to sell his BTC to someone who just remembers his seed phrase.

Someone’s maybe figured out an exploit from an old wallet perhaps making not so random seed phrases or something. Too many waking up to be random ..

In recent months, several dormant Bitcoin wallets from 2011–2013 have been reactivated, each containing tens of millions of dollars worth of Bitcoin. On September 19, the owner of an inactive Bitcoin wallet emptied his account and transferred all 616 BTCs to different accounts.

Old, dormant wallets from the early days of Bitcoin are reactivated with large amounts of cryptocurrencies inside. The first investors to invest a few hundred dollars and retain their shares have evolved into BTC whales, with their values ​​continuing to rise.

Another Bitcoin wallet “woke up” in January, while it was inactive since June 2010. The wallet had a BTC worth $ 5 million. In June 2021, another Bitcoin account with 900 BTC became active. On Sunday, another inactive address with 235 BTC ($ 11,114,901) reactivated after nine years. An inactive address containing 225 BTC was activated on Thursday after almost eight years. 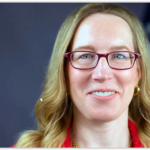 Any government attempt to ban Bitcoin is foolish and ineffective

Any government attempt to ban Bitcoin would be “foolish,” said…