A public-private consortium has come together in South Korea to employ blockchain technology in boosting the country’s medical tourism. According to local reports, the consortium will be launching a blockchain-powered platform to make this possible.

Busan is the second largest city in South Korea and this initiative is led by Busan Bank, which is located in the Busan Metropolitan City. Busan Bank announced on June 18 that they had signed a business agreement to build the platform.

“The Busan Bank will actively cooperate to make Busan become the best medical tourism specialty district in Korea,” said Bin Dae-in, president of Busan Bank. “We will play a role in revitalizing the local medical tourism business,” he added. 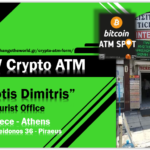