Home
Bitcoin
George Soros turns his back on US stock market and invests in cryptocurrencies
Posted on Thursday January 27th, 2022Tuesday January 25th, 2022by adminPosted in Bitcoin, Events, Multimedia
00

Billionaire George Soros turns to cryptocurrencies, turning his back on Wall Street, which, despite the “revival” seen in today’s meeting, remains… in a downward mood.
An indication of the prevailing trend is the fact that the CEO of Brookfield Asset Management, with $ 626 billion in assets under management, said that now is a “good time” for liquidation.
On the other hand, Dawn Fitzpatrick, CIO of Soros Fund Management, which manages $ 27 billion in assets, speaking to Bloomberg’s Erik Shatzker, said that after investing $ 5 billion in March 2020 amid market turmoil due to Covid 19 outbreak, has “restructured” the company’s fund, ie sells…
In fact, he added, if a new crisis broke out, he would put another $ 5 billion on the stock market.

Of course, Soros does not sell everything.

Fitzpatrick said circular shares are still very cheap and need to be bought.
“These companies have learned to make things better,” he said.
As for China, the CIO said we are not putting money in there at the moment.
He explained that investors were surprised by what the communist government was doing and the extent of the financial damage it was willing to tolerate for its plan.
Of course, the real reason Soros would not give money to China is that the money would disappear immediately.
Finally, he noted that his hedge fund was the last to enter encryption, following Poin 72 and Third Point.
“We have some currencies – not many – but the currencies themselves are less interesting than the use of the decentralized economy,” he said, noting that “cryptocurrencies have become commonplace.”

Of course, this is not the first time Fitzpatrick has talked about cryptocurrencies.
Soros Fund Management was one of the many companies behind the $ 200 million financing of the New York Digital Investment Group, known as NYDIG.
MassMutual, Morgan Stanley and Stone Ridge Holdings Group also participated.
At the time, NYDIG co-founder and CEO Robert Gutmann said the NYDIG was proof that Bitcoin’s institutional adoption was on the rise.
It is not entirely clear how Soros Fund Management intends to move to Bitcoin, as an investment stake in the digital asset should not necessarily be considered bullish, as Soros gained a reputation for sorting the British pound in 1992.
However, Fitzpatrick has spoken positively about Bitcoin in recent months.
In March, he said cryptocurrencies such as BTC were at a “turning point” that could signal greater adoption in the future. 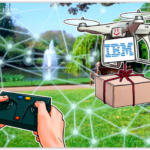