Home
Altcoins
Cryptocurrencies will give the UK an edge over the EU
Posted on Tuesday March 8th, 2022Sunday March 6th, 2022by adminPosted in Altcoins, Bitcoin, Events
00

According to Hammond, the blockchain will be the backbone of the future trading system

The use of cryptocurrencies to improve the economic situation of Great Britain is recommended by the former Minister of Finance Philip Hammond.
He said in an interview that digital assets such as cryptocurrencies could give the UK a unique edge over its European rivals in the post-Brexit era.
He estimated that both bitcoin and altcoins will be used in more and more economies in the coming years.
“I believe this trend will not stop.”

“We must act quickly to ensure that Great Britain is in a good position.”

As Hammond pointed out, it is unwise to ignore cryptocurrencies, since many countries use them extensively.
He noted that Gibraltar has developed a regulatory framework that has made it possible to attract companies that specialize in cryptocurrencies.
For example, the Chinese exchange Huobi announced that it plans to move its spot trading to Gibraltar.
In fact, according to Hammond, the blockchain will be the backbone of the future trading system.
In October, Hammond said authorities needed to change course so that “companies could use cryptocurrencies.” 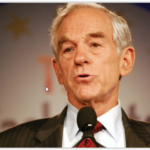 Bitcoin is money and should not be taxed

His firm position that bitcoin is a form of money…