Home
Altcoins
Can Ethereum With a Capitalization of 458 Billion Exceed Bitcoin 915 Billion – Some Consider It Possible
Posted on Monday June 7th, 2021Monday May 31st, 2021by adminPosted in Altcoins, Bitcoin, Multimedia, Τεχνική Ανάλυση
00

If the value of Ethereum reaches $ 8,000 then its total capitalization will be the same as that of Bitcoin

Ethereum has grown by more than 400% since the beginning of 2021 and some already claim that Bitcoin could be capitalized.
$ 3,940 worth of Ethereum has a total market capitalization of $ 458 billion and $ 48,750 worth of Bitcoin has a total market capitalization of $ 915 billion.
For the record, the total capitalization of all cryptocurrencies is 2.28 trillion. dollars
Ethereum reached $ 4,063, recording gains of about 450% for 2021 … so far.
With a market capitalization of $ 500 billion, Ethereum must double in price to reach Bitcoin.
“You will not be surprised if the gap closure could not happen in late 2021 or early 2022,” said Seamus Donoghue, vice president of strategic alliances at Metaco.
“The investment position around bitcoin as gold number 2 or a wealth asset is interesting, but it represents a $ 10 billion to $ 12 trillion cryptocurrency market.”

Redistribution of funds in the cryptocurrency market

“A potentially much bigger opportunity is to re-evaluate the capital markets and that has to do with smart contracts and Ethereum starring.”
The issue of overturning one cryptocurrency to pass another is not new.
In the previous bull market of cryptocurrencies, Ethereum attracted a lot of interest, although together with Bitcoin they finally managed to raise the most funds.
Ethereum will play a big role in the future as many investors see this perspective, ie the redistribution of funds between cryptocurrencies.
Ethereum’s reputation as the future platform that could be the building blocks of this new economy is already growing.

The role of the European Investment Bank

In April, the European Investment Bank raised € 100 million by selling a two-year digital bond using Ethereum blockchain technology.
This was remarkable not because it is the first bond issue in cryptocurrency, but because it is the first with an AAA rating based on rating agencies.
It’s a hint for the future and it could work on a scale, with much lower costs, less mediation and more transparency.
But the journey to a possible redistribution of funds still has a long way to go.

The catalyst is the upgrade of Ethereum 2.0

There are endless things that need to happen on the Ethereum platform or network that need to be resolved.
One of the problems in a coded format is creating liquidity in a secondary market for Ethereum-related assets.
But if that could be resolved in the next 1.5 years, a lot could happen.
Other problems in Ethereum should also be addressed, such as speed and efficiency issues, high transactions.
This is widely expected to be resolved in an upcoming Ethereum 2.0 upgrade.
It ‘s still uncertain when the Ethereum 2.0 upgrade will be completed, perhaps in early 2022 as a possible timeline, but it could be the game of change that Ethereum will reach for Bitcoin.
If we get to the point where people believe this could happen then this will be an important catalyst.
Not far away… if the value of Ethereum reaches $ 8,000 then its total capitalization will be the same as that of Bitcoin. 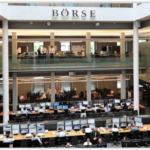